Finally, the clash of clans update is about to come. Supercell gives a sneak peak at the spring update.

Clan Capital is a new village in the new clash of clans update. Clan capital will be the central hub where the entire clan contributes to the construction and upgrading of a massive base. Every member of the clan will be able to contribute to building this awesome new village.

How to go to the clan capital?

The clan capital will be available to clans that are level 2 or higher. Also, your village must be town hall level 6 or higher to enter the capital. There will be an airship next to the builder base boat and it will send you high into the clouds to send into the new village.

How to get capital gold?

The forge is a brand new building introduced by the clash of clans in this new update. It will be available for town hall level 6 or more and we will find the forge next to the airship that takes you to your clan capital. This building will allow you to collect capital gold which will further be needed to upgrade your capital buildings. Additionally, high level town hall players will be able to assign builders to exchange home village and builder base resources for capital gold, but you will need a free builder to convert resources into capital gold.

Raid medals are the second new currency being introduced in the clan capital update. You can earn these medals by participating in the capital raids. Raid medals are received after a raid and the number of medals you receive is dependent on how many districts were destroyed as well as how well your own capital was able to defend against enemy attacks.

The clash of clans update is focused on clan capital. But there are some new balance changes for the home village also.

There is a hp increase for level 12 air defense. Level 4 seeking air mine damage is increased. Increase in defensive builder speed repair. Super dragon dps decrease for level 8 and 9. Level 4 to 10 unicorn heals

If you want to know more about clan capital you can check this article how to play clan capital.lf you ask me, this update is good. The new village clan capital will gather your clan to play together and win exciting rewards. But there is no major update for home village and it’s been for a while. Nevertheless, it’s still an interesting update. 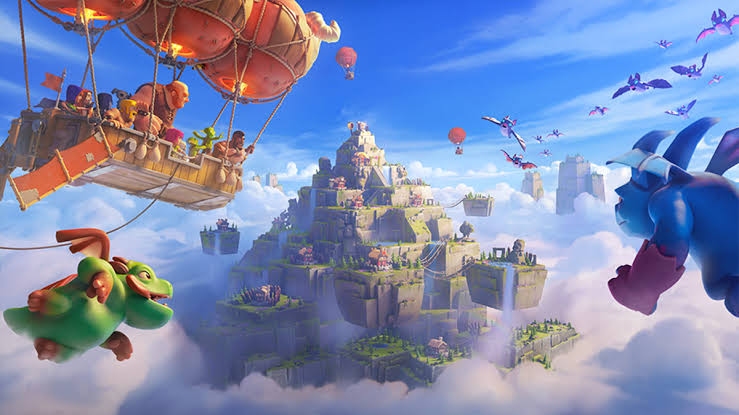